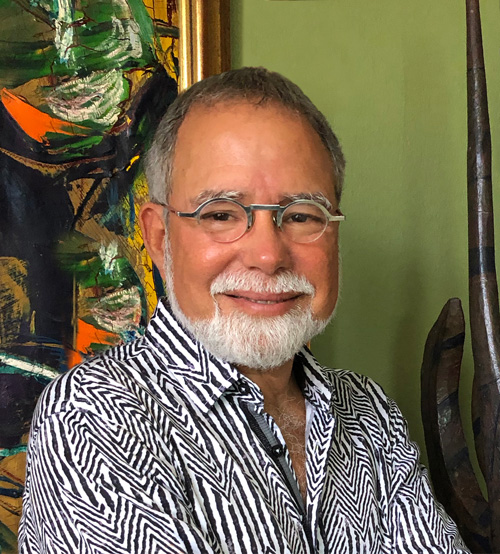 A Puerto Rican painter of multiple interests, Rafael Trelles also creates sculptures, installations, urban interventions, digital photography, and other experimental works. He has exhibited individually and collectively in Puerto Rico, the United States, Latin America, and Europe. Trelles holds a bachelor’s degree in fine arts from the University of Puerto Rico and did postgraduate studies at the San Carlos Academy of the Autonomous University of Mexico. His works are in the collections of the Puerto Rican Institute of Culture, the Puerto Rico Museum of Art, the Ponce Museum of Art, the Puerto Rico Museum of Contemporary Art, Casa de las Américas in Havana, and the Cornell Fine Art Museum in Orlando, among others. His exhibitions have been awarded by the International Association of Art Critics, Puerto Rico Chapter in 1991, 2004, 2007 and 2014.  His distinctions also include the National Fund for the Financing of Cultural Activities of Puerto Rico, the Medal of Culture of the Ricardo Alegría Foundation and the Innovation and Change in Higher Education Award, granted by the Center for Academic Excellence of the University of Puerto Rico, Río Piedras. In 2019 he was appointed member of the Puerto Rican Academy of the Spanish Language.